Inauguration of the 1st meeting of the Erasmus+ project „Facilitating Inclusion through Sports” – Zilina, Slovakia.

13.01.2018 we launched an international meeting „Everyone Can Play! – Hockey” between the 3 countries participating in the project – hosting Slovakia, Bulgaria and Poland. On the first day the participants presented their countries, regions, towns and schools and after that, divided into international teams, took part in a number of teambuilding activities. Students and teachers attended the presentation „Introduction to ice-hockey and floorball”, and afterwards competed in a quiz about that subject. In the afternoon we in for a real treat – we are going to a live ice-hockey match! On Sunday afternoon the participants of #FITS project had an opportunity to watch an ice hockey match live – for a lot of them it was first such experience in their life. Our presence was a good luck charm for the home team, MsHK Zilina, as they defeated HK Poprad 4:2.  Monday was another active day in Zilina. In the morning FITS participants took part in workshops on how to play floorball and played matches between their national teams. In the afternoon they were divided into mixed international teams and participated in „Olympic games” – a set of various games and challenges. The winners will be announced on Thursday! On Tuesday we visited the town of Trenčín, with rich hockey traditions. We toured the Pavol Demitra Ice Stadium, an ice-hockey arena that is the home of hockey team #HK Dukla Trenčín. We also had the opportunity to meet and talk to current players for the team: Peter Ölvecký, Peter Frühauf and Ondrej Mikula –very nice and approachable athletes. We wish them and the club all the best this season and beyond! We also had the chance to see the impressive castle in Trenčín – one of the biggest in Slovakia. 17.01.2018 was another sporty day in Zilina! #FITS participants spent the whole morning competing in an international floorball tournament. The winner was Slovak team, but two other teams fought hard and managed to score at least one goal per game. Young people spent the afternoon getting to know each other better and enjoying attractions Zilina has to offer. 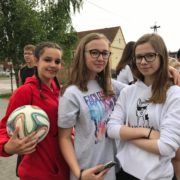 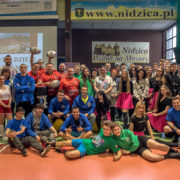 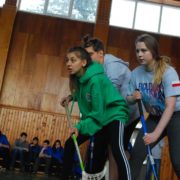 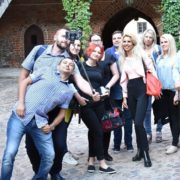 International Matches in Zilina!
We use cookies to ensure that we give you the best experience on our website. If you continue to use this site we will assume that you are happy with it.Ok
Scroll to top