Blog - Latest News
You are here: Home / Bulgaria / Everyone can do it-dance / “Everyone Can Do It – Modern dance and Cheerleading!”...

The 3rd Learning/Teaching/Training event of the Erasmus+ „Facilitating Inclusion Through Sports” began on 19th November 2018 in Vratsa, Bulgaria.

The first day of the mobility started with the opening ceremony, during which the project participants were welcomed by the head teacher of the hosting school, Mrs Irma Emiliyanova, and the project team led by Mr Ivailo Papov. The students then presented their schools, towns and countries. This was followed by the presentation of the Bulgarian students on the subject of the history of dance. Next, the students were divided into international teams for the purpose of teambuilding and ice-breaking activities. They also had the chance to visit the hosting school. In the afternoon the students participated in the first workshop teaching them the basics of modern dance. For the final activity of the day, FITS members visited the Regional Historical Museum in Vratsa.

20.11.2018. The second day of mobility in Bulgaria was devoted to getting to know history and culture of our Bulgarian partner. For this reason we went on a day trip to the capital city, Sofia. During the walking tour, we visited one the biggest churches in Bulgaria – St. Alexander Nevski Cathedral, the oldest building in Sofia – St. George Rotunda, Ivan Vazov National Theatre and many other places historically and culturally important to our hosts. We could also try some typical national cuisine which was delicious 🙂

21.11.2018. The third day of our LTT event started with a cheerleading dance workshop for students, during which they practiced their cheerleading and baton-twirling routines. Next, students and teachers climbed the hill to Hijata, overlooking the town of Vratsa. After lunch there was another dancing workshop for students – this time focused on Zumba. The teachers taking part in the LTT also visited and learned about the workings of the Resource Centre in Vratsa, that does a wonderful job helping students with special needs.

22.11.2018. Another busy day started with a cheerleading dance workshop for students, during which they practiced their cheerleading routines. After the workshop and lunch in a beautifully situated Chaika Restaurant, students and teachers visited Ledenika Cave, a natural wonder, located in the territory of Vrachanski Balkan Natural Park. The walk in the cave began with the hall called Anteroom, next the Large Concert Hall was reached in order to watch spectacular “Sound and Light Show” – audio and light choreography, as well as “The water show” – five-minute projection on a water screen. FITS members could also admire naturally formed rock formations resembling figures of “a giant”, “a falcon”, “The house of Baba Yaga” etc. The walk ended with the Lake of Wishes which is believed to make visitors’ wishes come true

23.11.2018 was the final day of our Learning/Teaching/Training event „Everyone Can Dance” in Vratsa. All the participants gathered for a final performance and presentation of what they have learned during the LTT. They performed two dancing routines to a gathered audience, receiving a great round od applause. Afterwards, everybody received their certificates and gifts from our hosts.
Unfortunately, our adventure in Vratsa has come to an end. Great thanks to our hosts for the entire week! 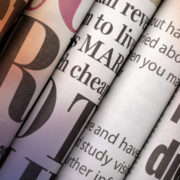 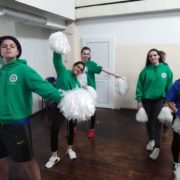 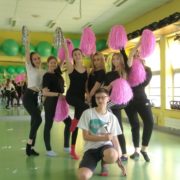 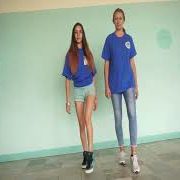 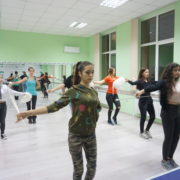 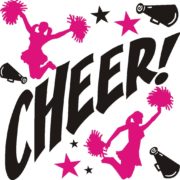 LTT event: Everyone Can Do It! – Modern dance and cheerleadin

Slovak regional press media wrote about the FITS meeting in Poland for teac...

Slovak press media after LTT in Bulgaria
We use cookies to ensure that we give you the best experience on our website. If you continue to use this site we will assume that you are happy with it.Ok
Scroll to top